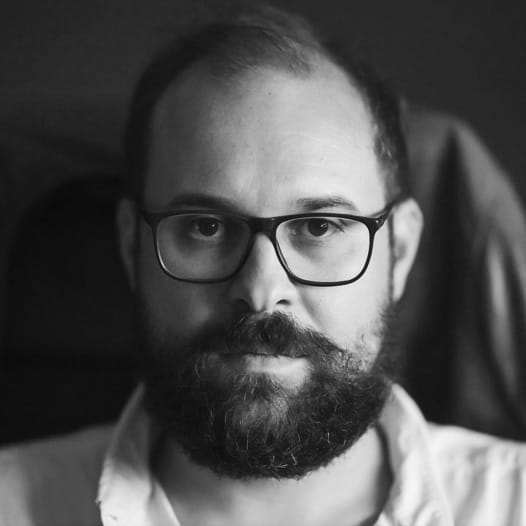 Christian (BA Digital Media, MA Media Direction at the university of applied sciences, Darmstadt) was born in Pforzheim, Germany, in 1982. His professional journey began in school, where he attended multiple internships at local production companies and his first jobs as a camera assistant and as director’s assistant. During his university studies, he worked as a compositing and motion graphics artist for Pixomondo in Frankfurt, where he worked on projects like “Hugo Cabret”, “Game of Thrones”, “Super 8”, and “After Earth” as well as numerous ad campaigns. He also taught postproduction at the university of applied sciences in Darmstadt for several terms. Aside from his passion for visual postproduction, his focus is on directing his projects like the web series “MEM” or projects of his company Tag & Nacht Media, which he founded with his colleagues Thomas and Stephan. His most recent work as a Director is the web series “Anomalie” by Tag & Nacht Media.