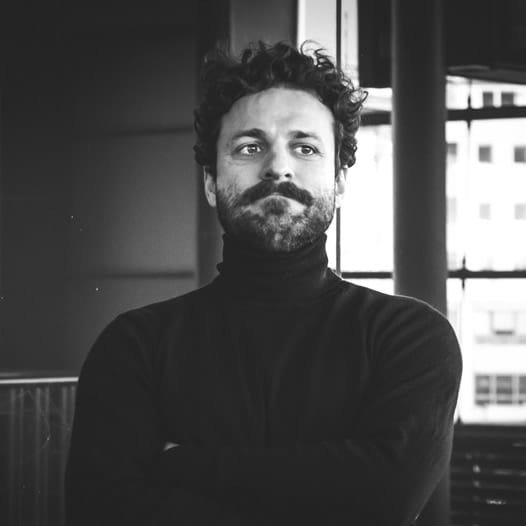 Vlady studies directing and screenwriting at renowned Columbia College in Chicago. During this time he makes his first award-winning short films VICTIMS OF GRAVITY and LIONESS OF LISABI. After graduating, he moves to LA and works as editor for the Yahoo-funded comedy series FIRST DATES. After excursions into advertising for clients such as AUDI, LUFTHANSA and VW, where he can further sharpen his sense of humor and rhythm, he ultimately devotes himself to fiction and not only directs the comedy series FÜR UMME (Amazon Prime, runs on all German and many international series festivals, including awards for Best Comedy, Best Director), but also his debut feature LIEBLINGSMENSCHEN, which has its world premiere at the 56th Solothurn Film Festival in early 2021 and is nominated for the debut award “Opera Prima”. Vlady works, lives and makes music in Berlin.