If you accidentally buy a sex store instead of a bakery / Interview with Vladimir Kanuhin, winner of the award Best Actor (Millionaire from Balashikha) at die Seriale 2020 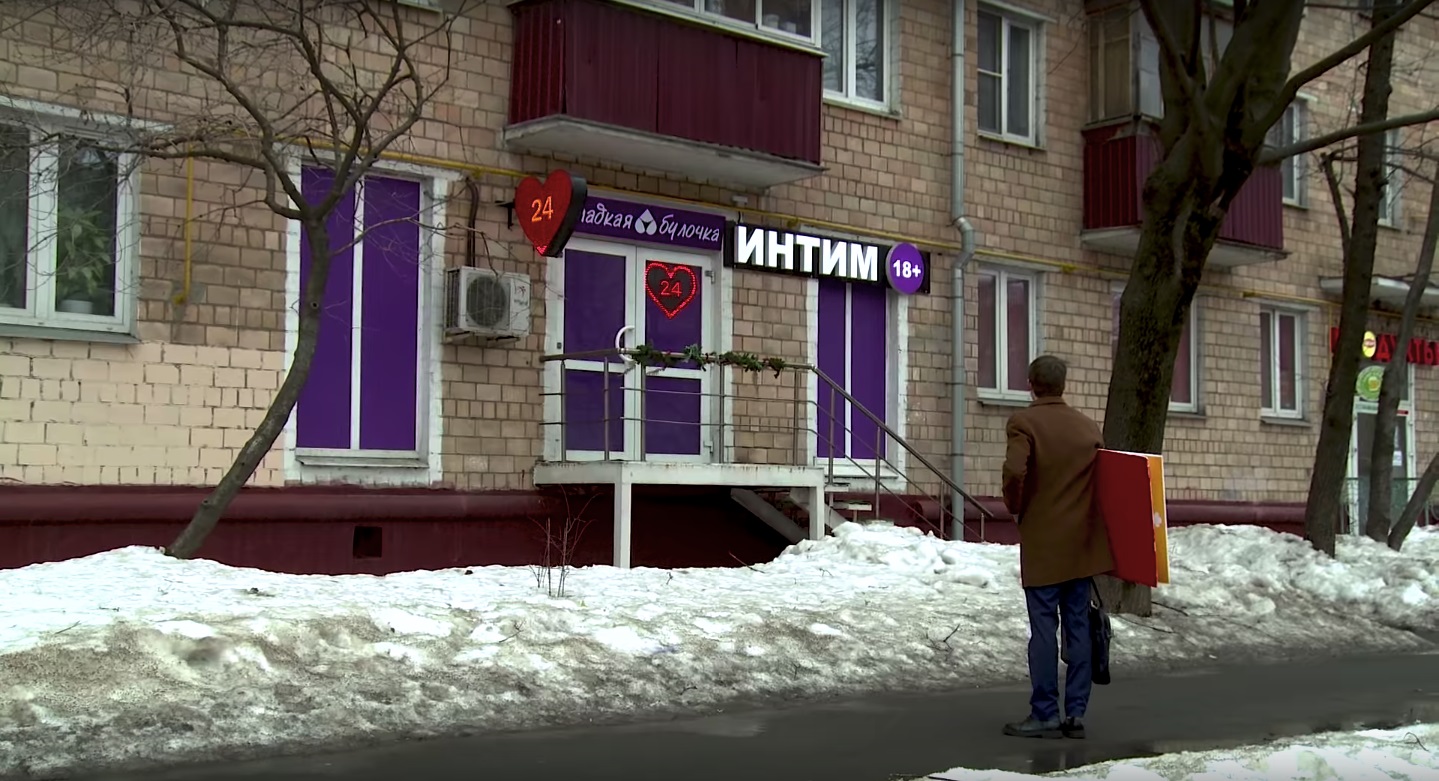 It started from a “Modulbank” project. The task was to show the lives of entrepreneurs as they are: with all the ups and downs, sleepless nights and the excitement of running your own business. The producers of the series approached this idea in a very funny way and skillfully beat it with current obstacles in entrepreneurship.

The hero of the series is 22-year-old Bogdan Kandaurov. He is a victim of the business coaches who hold seminars of the kind “believe in yourself and everything will work out” for a lot of money. His room is covered with letters and diplomas: “You are a millionaire”, he also speaks with elaborate slogans that have nothing to do with the real life of entrepreneurs – a satire of business coaches. Bogdan is least like real business people: a clumsy, shy young guy who accidentally buys the sex shop instead of the bakery. (The producers thought for a long time whether they should introduce a funeral parlor instead of a sex shop into the story, then they all agreed to sex shop). This of course also shows how little experience he still has in the business area. At the same time, Bogdan captivates the audience by never giving up and looking for creative ways to solve a problem even in times of crisis – and these creative ways make the audience laugh honestly. It also shows that money or real estate do not play the main role in success, but entrepreneurial talent, which Bogdan definitely has. For his performance he received at the Seriale 2020 the award for Best Actor. Alexandra Ansidei from the jury said: “We chose Vladimir Kanuhins performance as an earnest young business man wanting to make millions, because we thought it was hilarious and heartbreaking at the same time. His sweet nature and vulnerability is subtly performed with wide eyed optimism and we can’t help but hope he succeeds.” 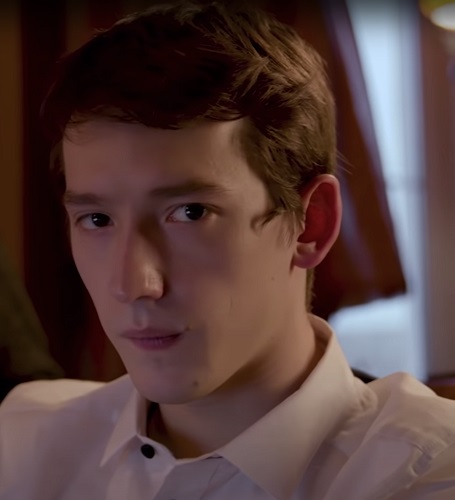 While we were watching the series, we got the desire to go behind the scenes of the series and find out the details about Vladimir Kanuhin alias Bogdan Kandaurov. We managed to interview the main actor Vladimir Kanuhin. He is 26 years old, and at a very young age he has made great progress in his profession as an actor: his filmography includes more than 10 Russian films and television series, and he also starred in numerous theatrical productions. Vladimir graduated from the cadet school, where he constantly dreamed of becoming an actor. After graduating from school, he began to study in the most famous theatrical educational institution – Moscow Art Theater School.

die Seriale: Dear Vladimir, first of all we wanted to congratulate you on your win at our web series festival! We know that you have already received various awards, for example you have already accepted a trophy from the hands of Ivan Urgant and Polina Maksimova. We think this is a huge success as you have been chosen by a jury from all over the world. Could you please tell us how you feel after you won the award for Best Actor at an international festival?

Vladimir Kanuhin: Very exciting and responsible. I am very happy that I was able to convey my character to the viewer in a very bright and friendly manner - a kind of beacon in the dark. For this, the audience appreciates Bogdan despite the language barriers.

die Seriale: In your interview in March 2019 you told how you got the idea to become an actor. You reported there that there was a discussion in your school about an antagonist / bad figure. However, you haven’t only seen the negative in this character. It became clear to you that you wanted to become an actor who was not only presented from one side, but had a flexible character. Since that interview, many events have happened that have taken you further in your acting career. What do you think you are on your right path at the moment and how the figure of Bagdan appealed to you with regard to your desire to show diversity?

Vladimir Kanuhin: I’m still sticking to my philosophy. We have to be lawyers and prosecutors in our role, this will make the character more multifaceted and deeper.

die Seriale: The role of Bagdan Kandaurov initially appears in the series as a person who is humorous but at the same time wants to seem serious. Once you have played the role, however, it quickly becomes clear that the character has experienced its own interpretation and development through you. However, which scene or characteristics of Bagdan were the most difficult for you to convey emotionally?

Vladimir Kanuhin: Definitely the last scene. It was important for our entire team to convey the hero’s sincerity and honesty, and to leave touching sadness that will inspire and protect people.

die Seriale: What did you do so that you can portray your main character better? Was it difficult for you to play this role or did you identify with some of his character traits?

Vladimir Kanuhin: Nikita Tamarov (the web series director) watched Bogdan’s development very closely. It was very pleasant that he enriched the hero. The whole team created a great working environment. I believe Bogdan is a touching contribution to every single person who took part in the filming process.

die Seriale: In the series we saw that Bagdan took two business courses and that he was very interested in starting his own business. Have you ever had experience with this type of business course? What do you think of these courses? If you had the choice to start your own business, what kind of company would it be and how would you imagine it?

Vladimir Kanuhin: At the Moscow Art Theater School, as part of the educational process, we had a subject economics where I also understood that I am not an expert in this field … I am very sorry that I do not have the same skills as Bogdan. It seems to me that, unlike Bogdan, I am too “airy” for this job. 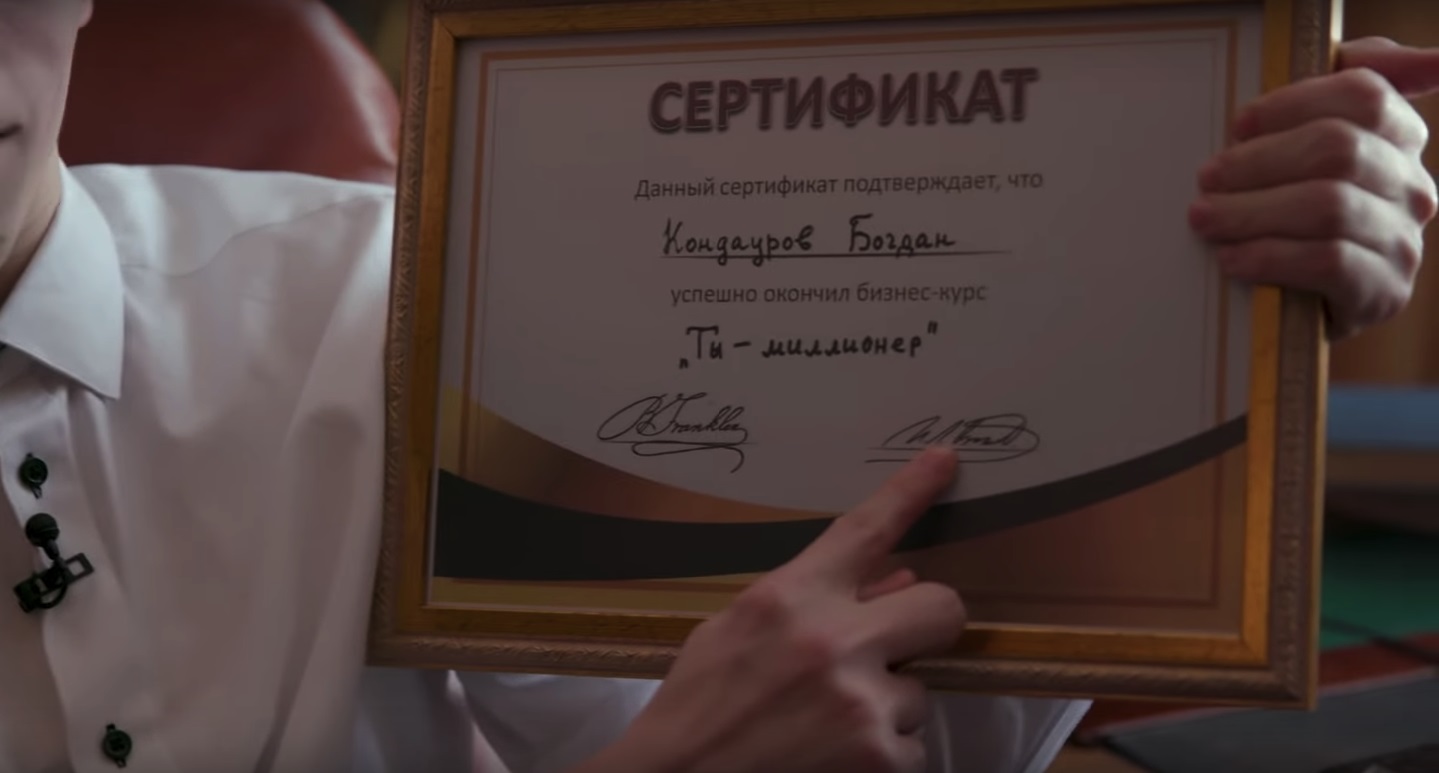 die Seriale: The blog suggests many different tips for an aspiring millionaire to look out for. Which of these points do you think is most important?

Vladimir Kanuhin: I am very sure – “The sleeper will only get dreams.” I don’t sleep much myself in order to remember the wonderful moments of the day as best I can. I fully agree with Bogdan.

die Seriale: In the web series we see that Bagdan had previously borrowed money from his grandmother to buy a drone. Is there anything you could tell us about the possible idea behind this purchase?

Vladimir Kanuhin: It seems to me that Bogdan would send letters to his parents in such a unique way. 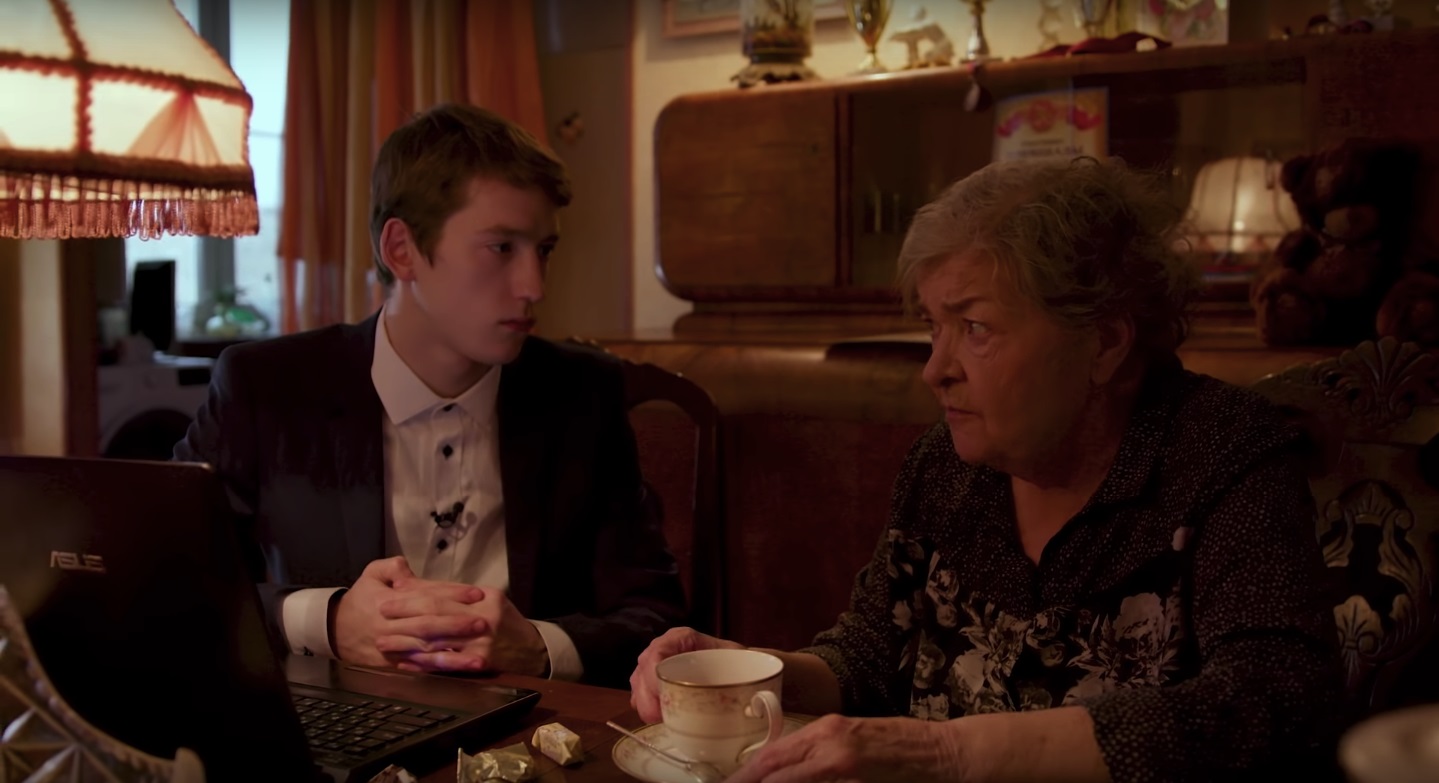 die Seriale: Was it difficult for you to part with the character Bagdan Kandaurov? We were very interested in this question because we have seen some of your interviews and we noticed that you always stayed in your role to receive the prizes and did not step out of it. Are you doing it so that this comedic character can live on and thus remain an effect, or are you doing it for your own pleasure?

Vladimir Kanuhin: Bogdan is one of my favourite heroes, he taught me a lot. No, I’m trying not to forget Bogdan, he’s in my soul and I’m waiting for a new release.

The interview was held by Valeriya Mykhtaryants 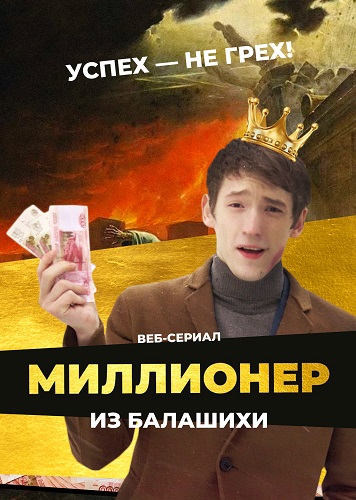 Filmposter of Millionaire from Balashikha