A life without decision – The Y-Theory dispels prejudices about bisexuality 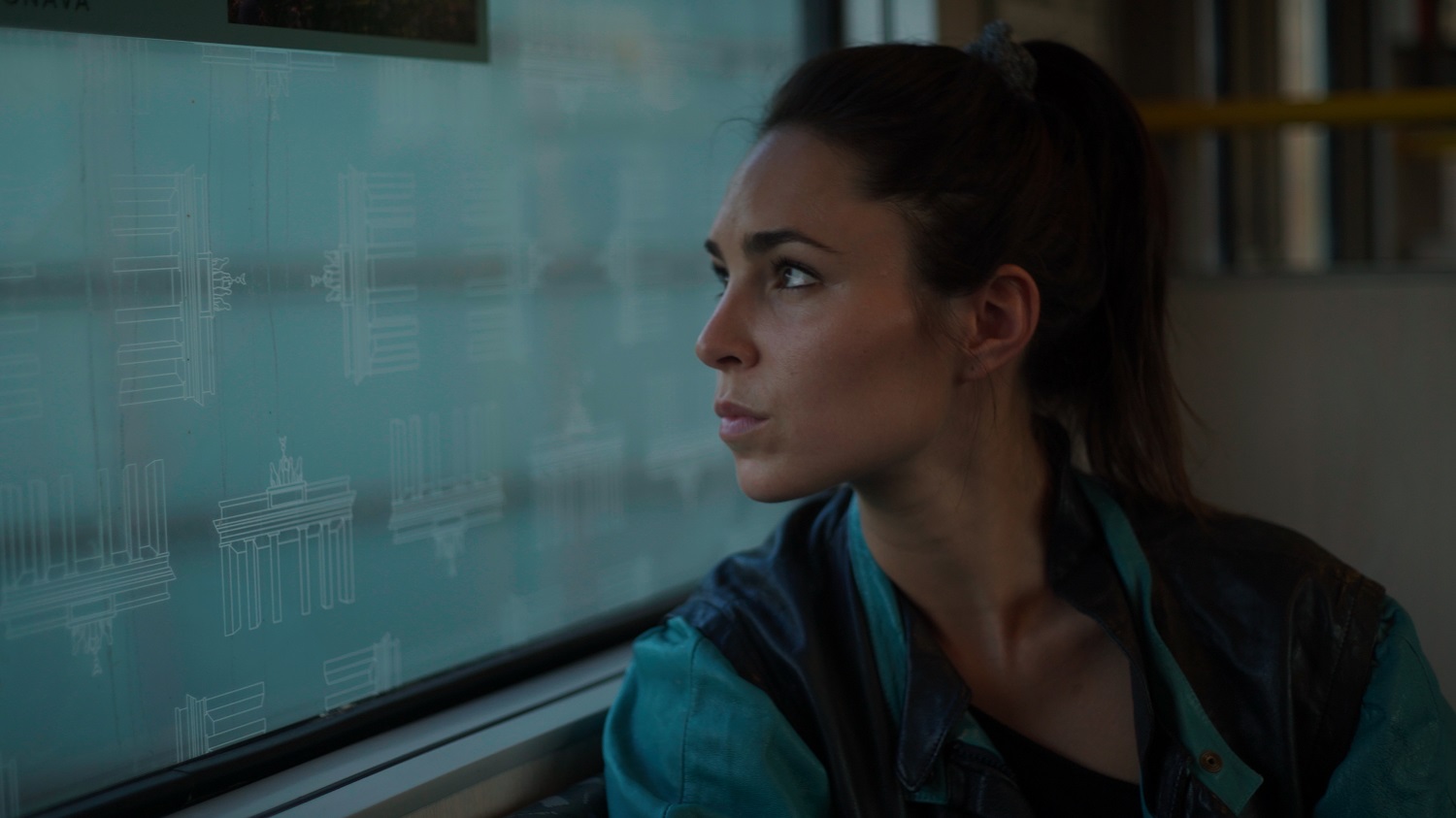 The second season took part in die Seriale 2020 official selection and was nominated for Best Series, Léone François Janssens was nominated for Best Actress and Noémi Knecht (Vale) won the award for Best Supporting Actress. Noémi is an emerging actress from Brussels, who won multiple prizes for acting and stage-improvisation and got a diploma of the Institut Supérieur des Arts du Spectacle (INSAS). We asked the creators Caroline Taillet and Martin Landmeters a few questions about their series. 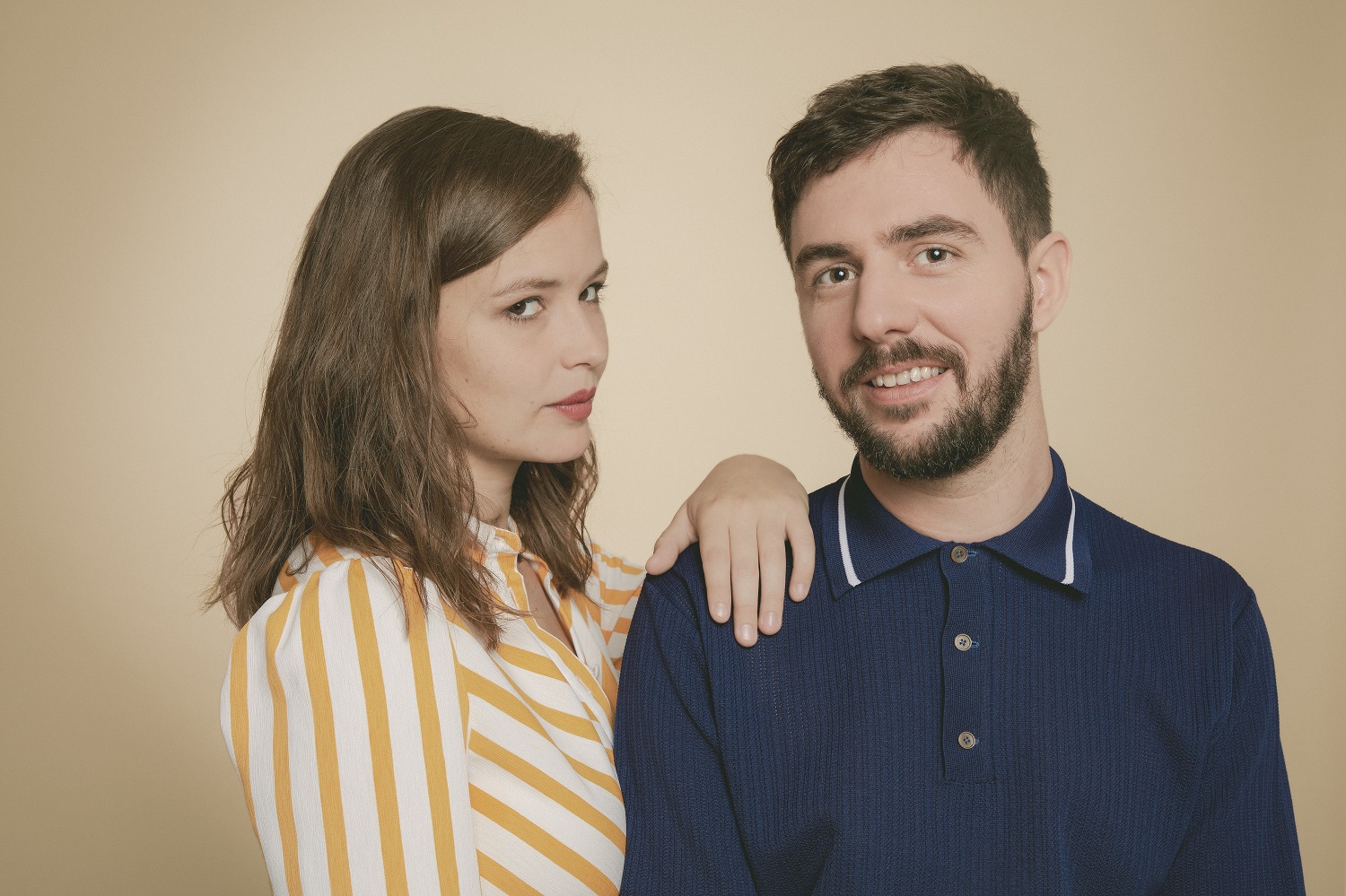 die Seriale: How did you come up with the idea for this series?

Caroline Taillet and Martin Landmeters: _The Y Theory _was at first a play that Caroline wrote and directed in 2015. She and her team of actors (the same that play Anna, Lucie, Sam and Matteo in the series) have been playing the play since then, more than 150 times until now. Caroline first wrote the play because she did a thesis over bisexuality and theatre and did not find much material, that’s when she decided to write her own piece. A producer saw the play in 2016 and asked Caroline if she would like to adapt it into a web series, that’s when Martin, long-time friend of Caroline, joined the adventure.

die Seriale: What is the meaning of the title?

Caroline Taillet and Martin Landmeters: The letter “Y” represents a path that splits into two different ways, an intersection at which you have to choose to go left or right. It represents bisexuality and the choice that society usually asks you to make: do you prefer men or women? Anna wants to go beyond that choice and to embrace both homosexuality and heterosexuality. “Y” also stands for chromosomes XX and XY, and also reminds of the “Y generation”, our generation, that may be allowed to question its identity more than the previous ones. The “theory” stands for the analytic side of Anna, who is always stuck in her head and struggles to follow her guts.

die Seriale: In the first season Anna discovered her bisexuality and struggled with prejudices. Why does she have in the second season, in which she wants to fit into the LGBTQI community, especially difficulties with her bi- and not “just” homosexuality?

Caroline Taillet and Martin Landmeters: Prejudices against bisexuals are still more present than prejudices against gay or lesbians. First of them is that bisexuality does not exist, that one has to make a choice (or that they need both genres at the same time, that they are cheaters, etc.). We wanted to play with them in the first season, and started with the “straight” world. Unfortunately, we may think that inside the LGBTQI community, prejudices are less present, but it’s not the case. Of course all lesbians don’t have problems with bi girls, but it’s a thought well present inside the community: you have to “choose your side” or – I “don’t date bi girls, they’ll leave me for a guy… “. It was important to us to show the impact that such sentences have on bisexuals, who sometimes struggle to find a real place in the LGBTQI community. 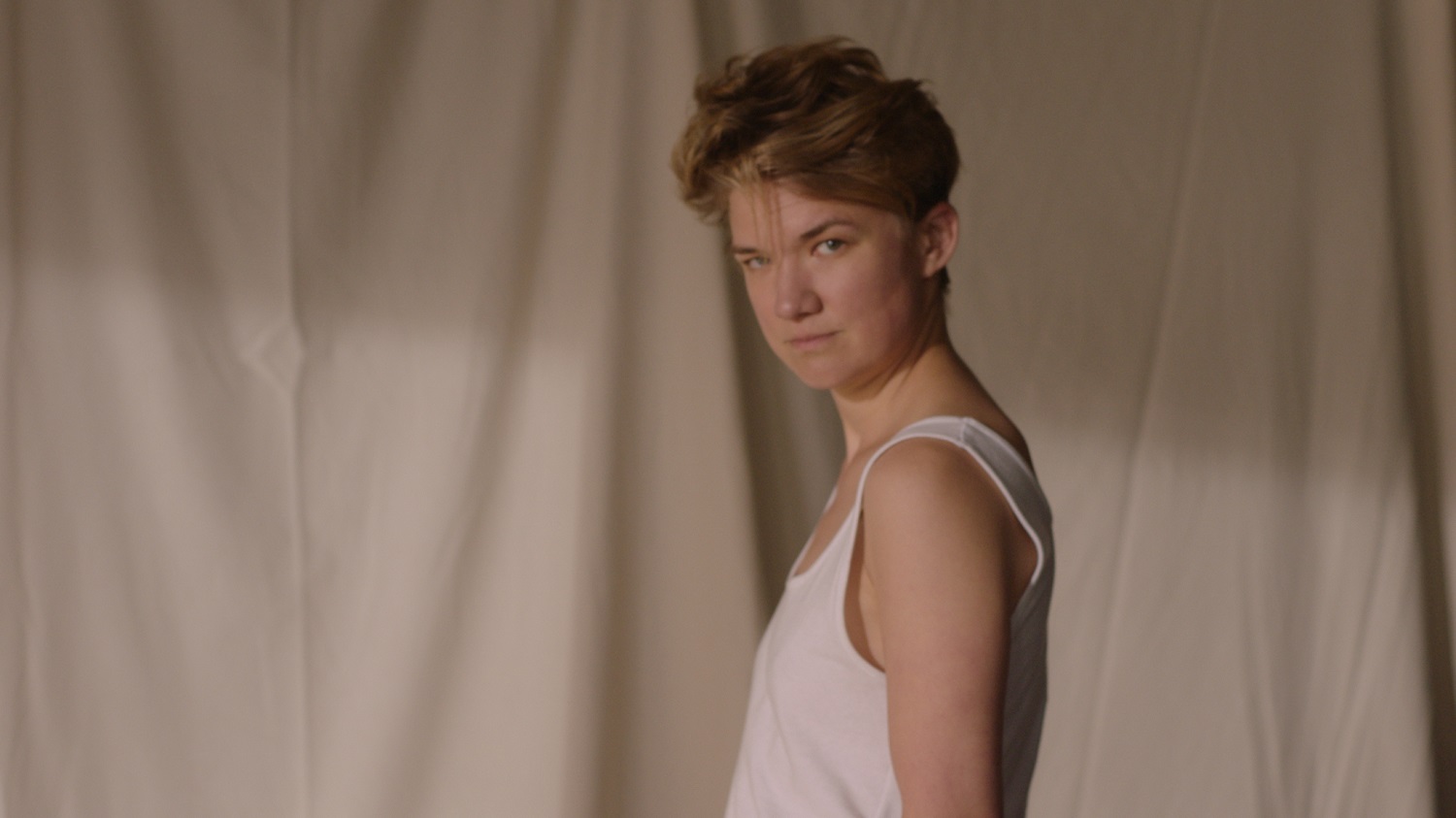 die Seriale: Interestingly, why is her bisexuality a problem for her lesbian friends but not for Malik or also Victor?

Caroline Taillet and Martin Landmeters: It was important to us not to say that all lesbians, all straight or all gay people think the same way. For Malik and Victor, bisexuality exists and they don’t question it, as do most people (and, we hope, more and more). But “biphobia” can be present everywhere, and we wanted to show that it can come from any side – even from Anna herself in the first season, when she does not understand her own sexual orientation, mostly because it is not often pictured.

die Seriale: What significance does heterosexuality have in the series?

Caroline Taillet and Martin Landmeters: Heterosexuality is our starting point, because in the beginning of the first season, Anna thinks that she’s straight. That way, we could start from the “norm” and take with us an audience who is not particularly familiar with the LGBTQI world. It’s important for us to talk to straight people as well, and not to make a “niche” series. We tried to depict different kinds of heterosexual characters, from Victor to Lucie, always showing stereotypes but trying to deconstruct them at the same time.

die Seriale: Why did you skip the trip to Berlin like a break from Anna’s life?

Caroline Taillet and Martin Landmeters: The honest reason would be that we never thought we would do a second season, and when it happened, we did not want to stage a whole season in Berlin, because we love Brussels, we know Brussels, and we wanted our city to be the setting of season 2 as well. But we still decided to film the months that Anna spent in Berlin in order for us to show her evolution. She gains confidence and heals from her wounds there. It had to last a few months, but we wanted our storyline to start after that break. 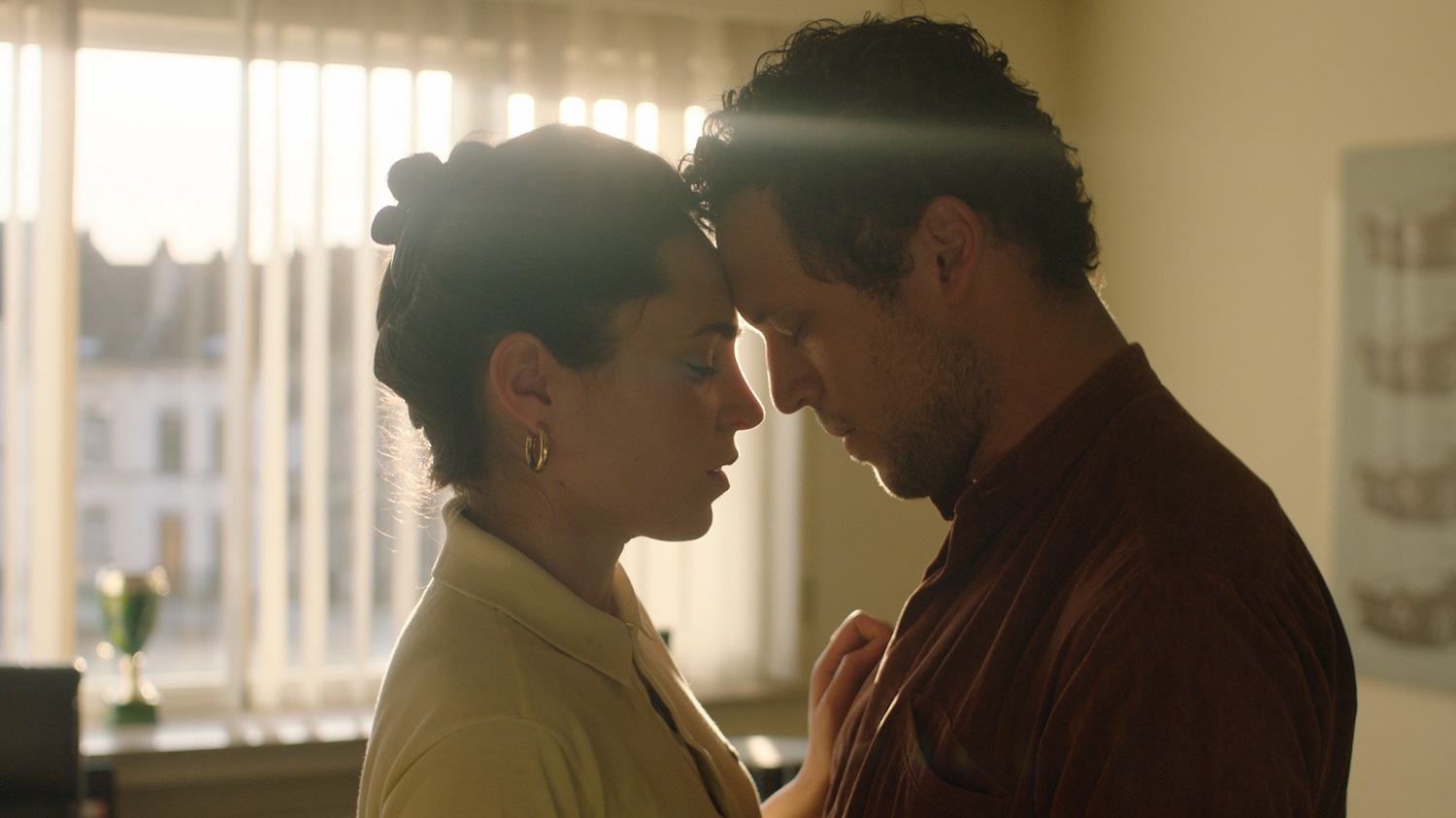 die Seriale: How did you research for the series and what significance does the topic of LGBTQI have for you?

Caroline Taillet and Martin Landmeters: It was really important for us to be close to reality, and we also felt responsible to represent the community in the best way we could. Therefore we interviewed a lot of people who had the same profiles as our characters (bisexual people, gay men of North African origin, fag hag women, etc.) Moreover we also are bi and gay ourselves, so a lot of scenes and ideas are inspired by our own lives: Anna’s character is close to Caroline’s experience, Malik and Lucie are inspired by friends of us, etc.

die Seriale: Have you chosen the format of a web series for this topic on purpose?

Caroline Taillet and Martin Landmeters: No, actually we didn’t “choose” the format. A Belgian TV channel (RTBF) created a competition of web series in 2016 and – as we said before – we decided to participate and adapt the play into a series. In a way, this competition was an opportunity for us to talk about this often invisible topic. But this format gave us some advantages: the large diffusion (YouTube) could touch a lot of people around the world, the comments under each episode and the communication with the fans gave us motivation and helped us to build this new season, and we also felt really free to talk about sexuality in the way we wanted. In addition, we are really lucky because our 2 seasons were finally also broadcasted on TV!

die Seriale: Why did you point out the different perspectives of the characters in some of the episodes (for example in episode 2 and 3)?

Caroline Taillet and Martin Landmeters: We wanted to show two different points of view about the concept of coming out through Malik and Anna. During the first season, Anna discovered her bisexuality and after fighting a bit with herself, she decided to tell to her friends and family that she is bi. For her it’s really important to put words on it and to feel true and complete with everyone. In the season 2, she even tries to “reunite” her straight side and her gay side. For Malik it’s the opposite: he’s not really comfortable about his sexuality with his father and his family. We wanted to show that some LGBTQI+ people choose not to talk about that. The coming out is not always a step, not always the good way. The goal of Malik in this new season is to separate his two lifes and to try keeping the balance between them. Showing different point of views on some topics matter to us, and the format of the episodes allowed us to do it particularly for this subject. 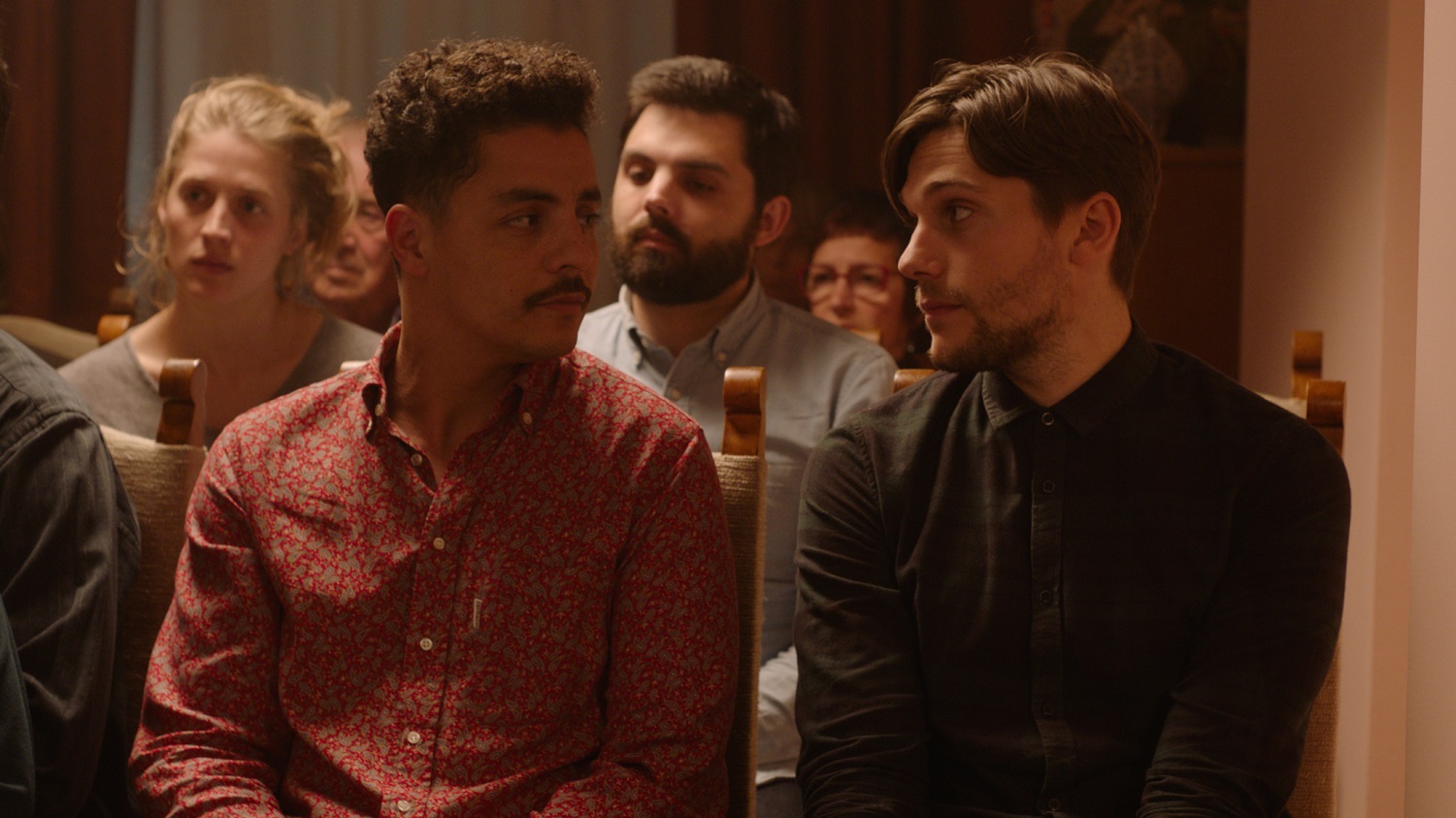 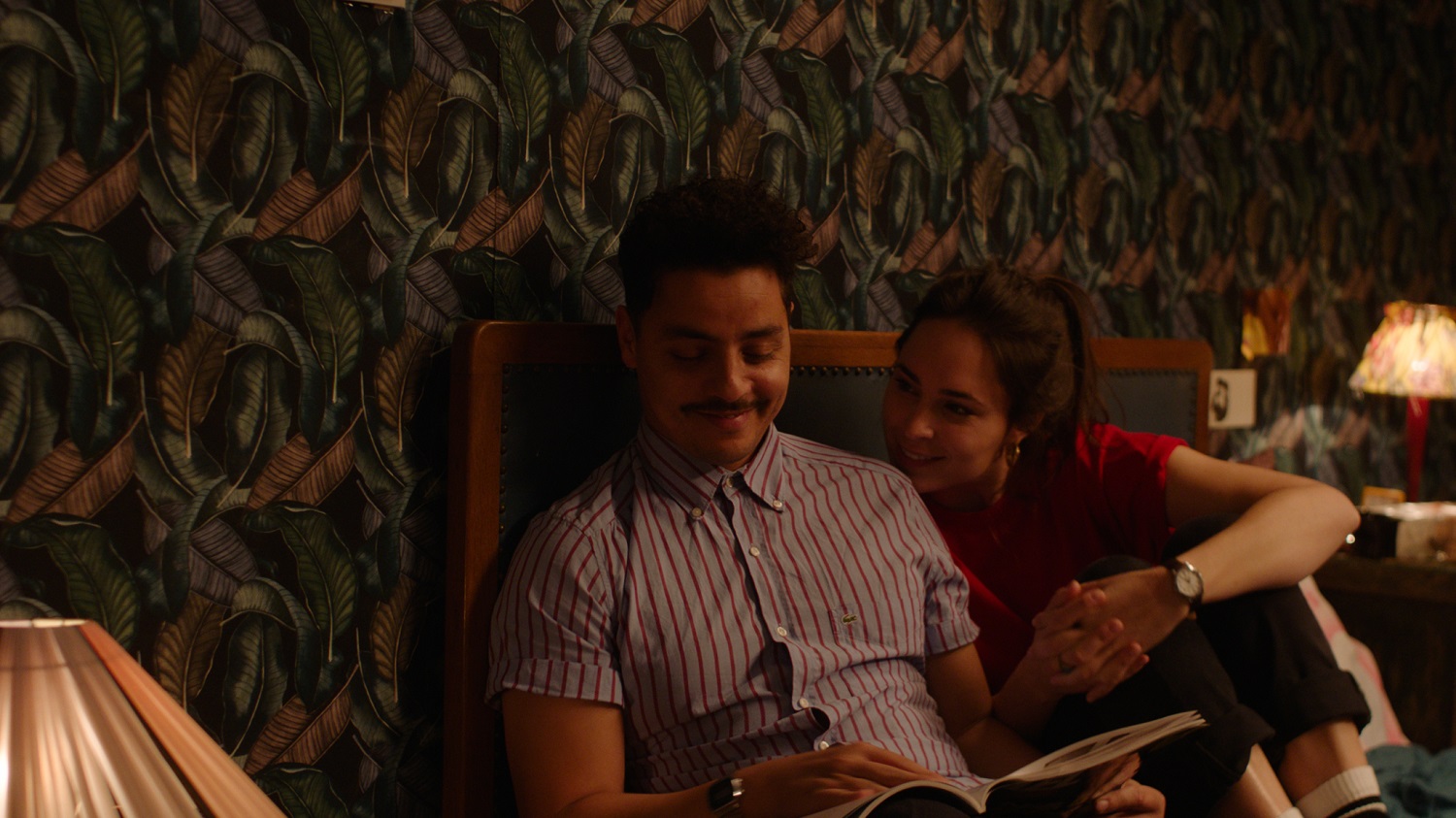 die Seriale: Will there be a season 3 to develop the main story lines? Will Malik be brave enough for coming- out to his father? What happens with the Boudoir and the girls from there? Will Lucie´s sexuality and love life change because of all the experiences with the lesbians? And most important: How does the reunion with Claire from Season 1 impact Anna´s life?

Caroline Taillet and Martin Landmeters: We would love to answer those questions in detail, but unfortunately we do not know yet. We are actually working on it, the story might evolve in a lot of different ways….

die Seriale: What would you like the viewers to ideally take for their lives by watching the show?

Caroline Taillet and Martin Landmeters: There are very few fictions about LGBTQI people in Belgium (and not only in Belgium). We think that LGBTQI people always have had to identify with straight characters because that’s all they had, so why wouldn’t the opposite be possible? We tell love stories, which eventually are the same for everyone. And, of course, if prejudices and stereotypes about bisexuality and homosexuality could resolve, it would be great!

die Seriale: Thanks a lot for this inspiring and interesting interview and we would love to watch a third season of The Y-Theory!

Interview with Caroline Taillet and Martin Landmeters by Franziska Schildgen