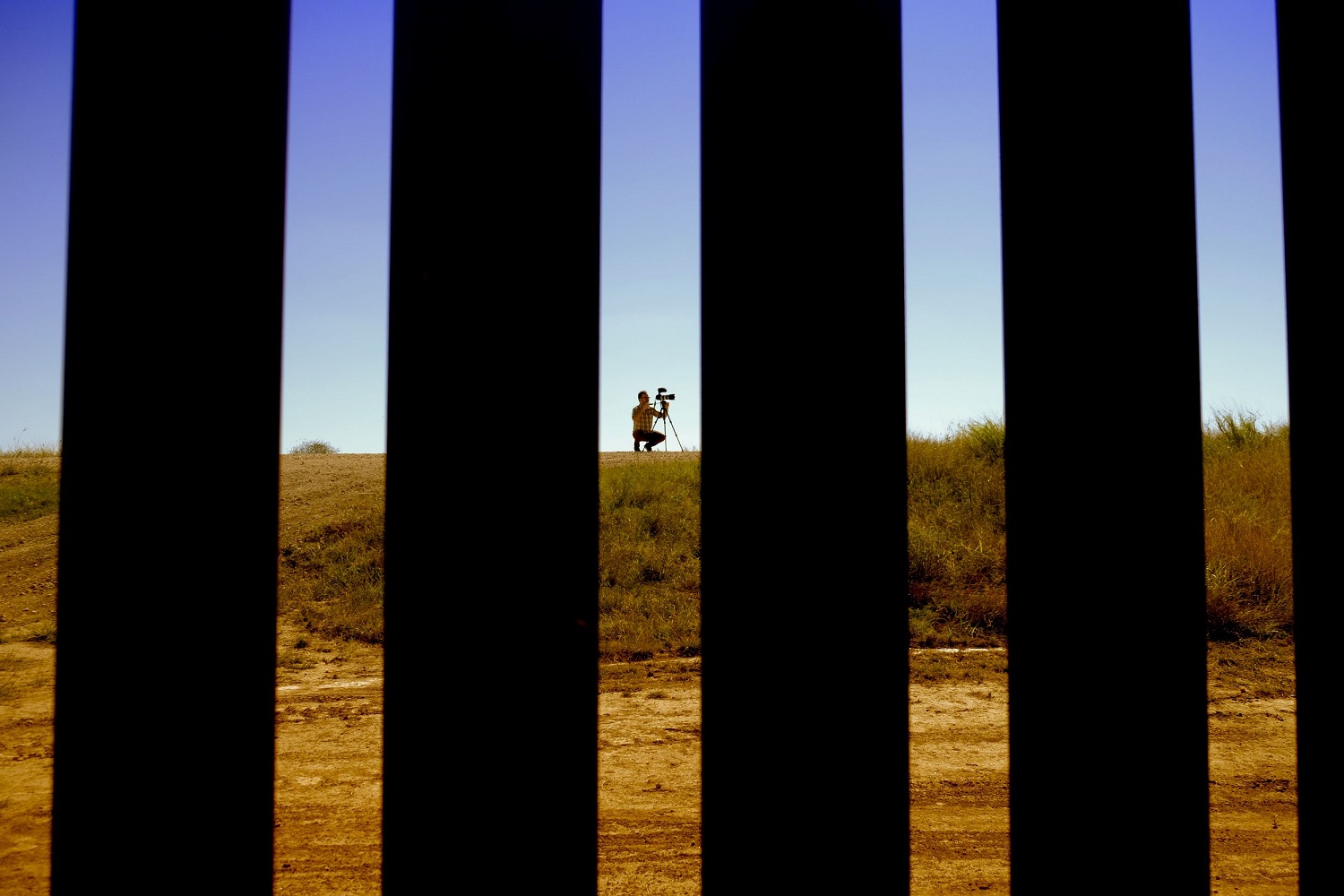 The winner of Best Documentary of the Seriale Award 2020 presents, scientifically and also artistically, in six short films three famous walls, at the border between USA and Mexico, between Israel and Palestine and in Belfast, which have been built for different but also the same reasons – inner political agendas. In the interview director Martin Bureau talks about his fascination, the importance of the subject and his artistic work.

Seriale: Why did you choose walls to be the subject of the documentary?

Martin Bureau: I have always been interested in this subject. I was 17 when the Berlin Wall was dismantled. It first started as a pure fascination. When I came to Palestine for the first time in 2013, I felt somehow that I was straight on the line of one of the most problematic scars in the world. It became obvious that I needed to work on this subject. When you build a wall between you and your neighbor, it is clear that you send the message that you won’t discuss anymore. It is shocking and brutal. 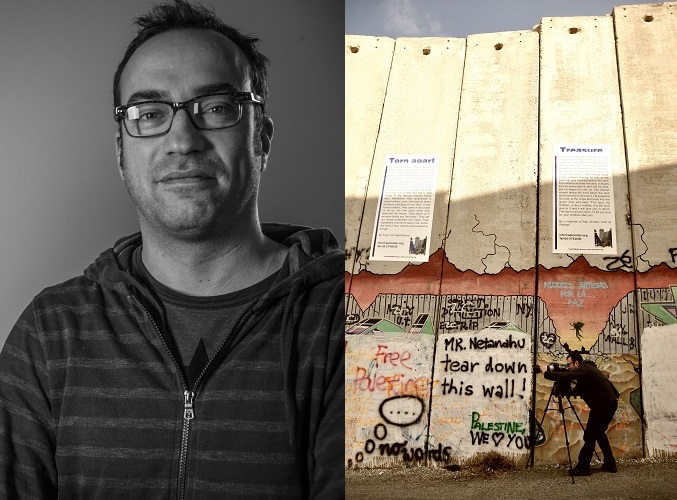 Seriale: Why exactly did you choose these three walls?

Martin Bureau: Obviously, I could not shoot every wall of separation in the world. Scholars and researchers are talking about 70 barriers in 2020… I tried to synthesize all the walls in the world by their problems. Every case is (officially) motivated either by illegal mass migration, religious conflicts, illegal traffic of any type, social and economic inequality. The Israeli/Palestine wall of separation, the USA/Mexico «security» barrier and the Peacelines of Northern Ireland are gathering all these issues. The Peacelines are not officially considered as state walls, since they are not built on official borders. I made a statement by choosing them for the project, as a reminder that they’re constituting inner states frontiers.

Seriale: What do you think are the true reasons for building walls?

Martin Bureau: When I began to collaborate with Scholars from Raoul-Dandurand’s Chair at UQÀM (Université du Québec à Montréal), among them Elisabeth Vallet, one of the greatest specialists about state walls of separation, I asked them this simple question: “What are the problematics you are working on?” They told me: “Walls are not working for the official reasons why they have been built. They are all political theater.” This quote became the best motivation for me to conceptually dig the question with the medium of documentary. Walls are all serving inner political agendas.

Seriale: “Walls create order” comes first to my mind, when thinking about fences or castle walls for example. “Walls of Disorder” describes exactly the opposite to this thought. Is the title a contradiction itself or the thought “walls create order” an outmoded concept?

Martin Bureau: Walls create disorders. There is no other way to consider them. They do not solve any problem. They are just feeding a complex and rhizomatic structure that reveals contempt from one to the other. 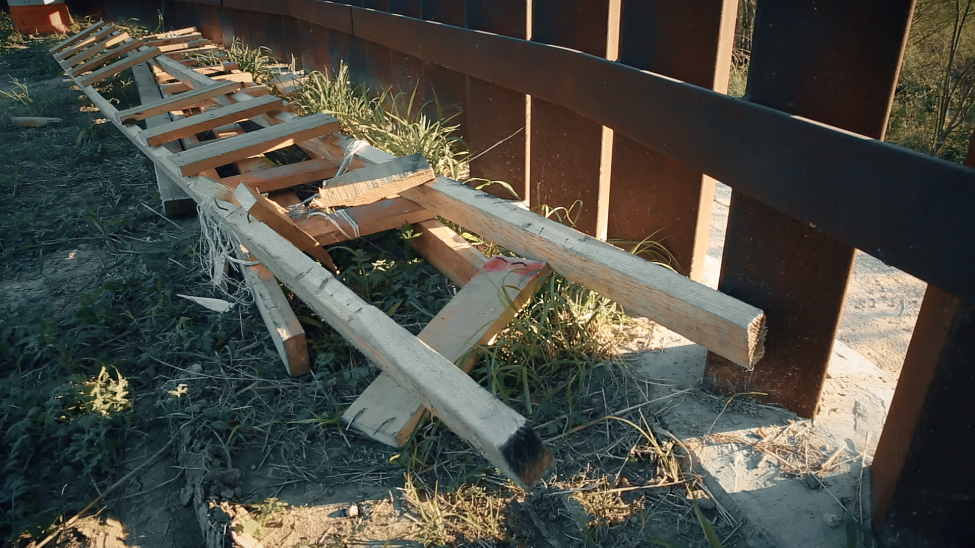 Ladders at the border fence between Mexico and USA © Martin Bureau

Seriale: Do you think the Berlin Wall is a good example against building walls?

Martin Bureau: As far as I understand the complex and historical situation of the Berlin Wall, I feel that it is more related with the former occidental imperialism era. After Berlin, we all felt that no other walls would be accepted. We were at the beginning of the concept of globalization, where frontiers and minds would now be open forever. Recent History has deconstructed this assertion. As far as we are now all connected virtually, never in man’s history were we so enclosed, virtually and physically.

Seriale: How did you proceed with the shooting? Has there been a shooting script you followed or did you let the locations/pictures sink in first and then improvised?

Martin Bureau: I have been very influenced by the approach of Pierre Perreault and Michel Brault, where you try to catch the authenticity of your subject, without affecting the natural trajectory of reality. Obviously, this is affected by the presence of technic and artistic choices, so it does not totally reflect the actual reality. So, I am very connected to this approach, but, as far as I come from painting and experimental art, I manipulate codes of documentary in order to explore the form.

So, I did have some artistic and conceptual intentions before shooting. I did know that I wished to shoot this or that, meet these people or others. For me, documentary is like hunting. Good hunters are well prepared. They have the material to approach their subject. They have a strategy and a method. Most of the time, they have to change the trajectory in order to follow their prey, which is momentarily not where it was expected. Documentary is the same. It is a mix between anticipation and capacity to grab rebound.

Seriale: Is there a particular reason why you decided to do two episodes of each wall? And what is the importance of the single titles?

Martin Bureau: First, it was supposed to be a feature film. During these years of creation, with my producer, we finally thought that short movies were a great field of exploration and I totally committed myself to this form. If you pay attention to the structure of the 6 movies, they all process differently. Each movie explores the reality from different artistic perspectives.

My initial intention was to direct six short films in three locations. My goal was to give voices to both sides of each wall. Due to many difficulties with concepts, subjects and locations, it became impossible for me to follow this path. Nevertheless, I still kept this idea of directing two short movies on each location, by simply extracting the best of what I shot. I deeply believe that I have to find the movie from what I’ve got, considering success and deception. Images talk by themselves. 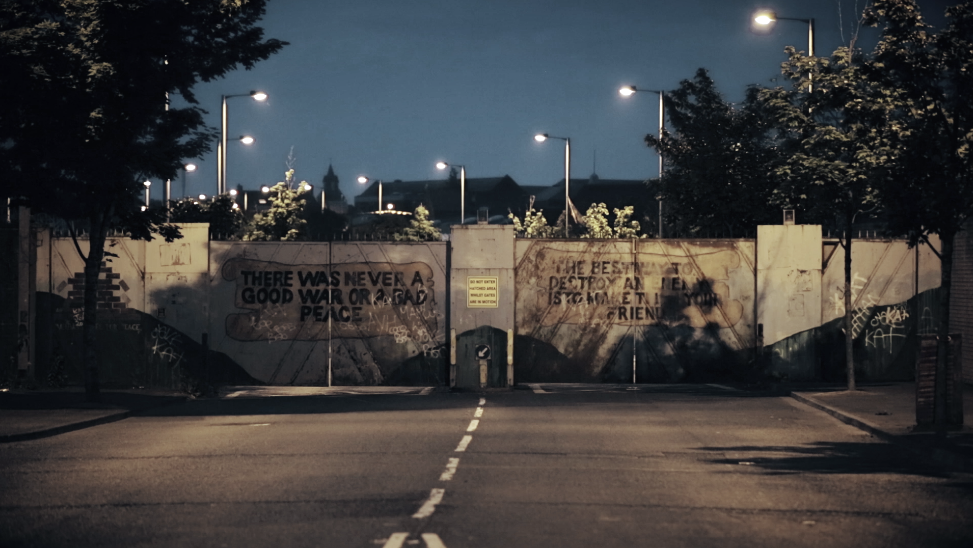 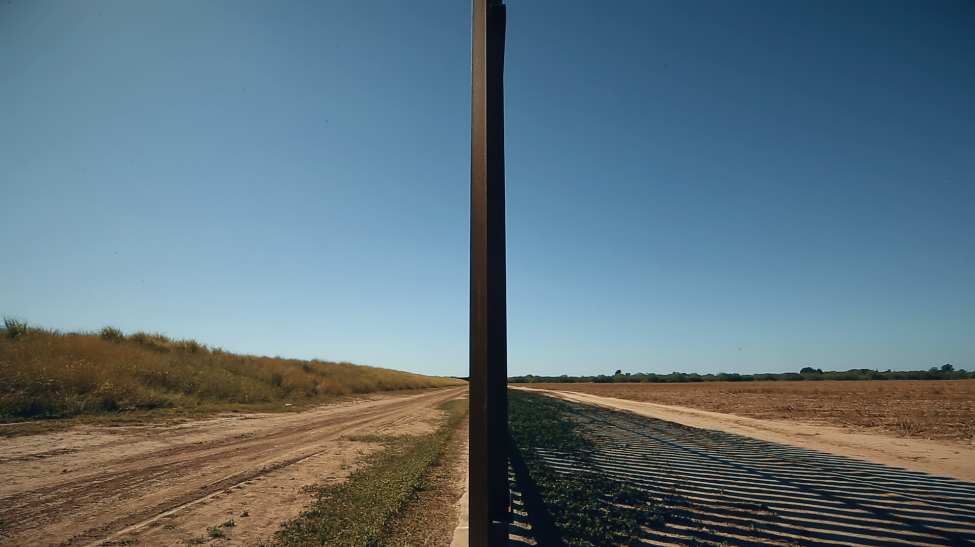 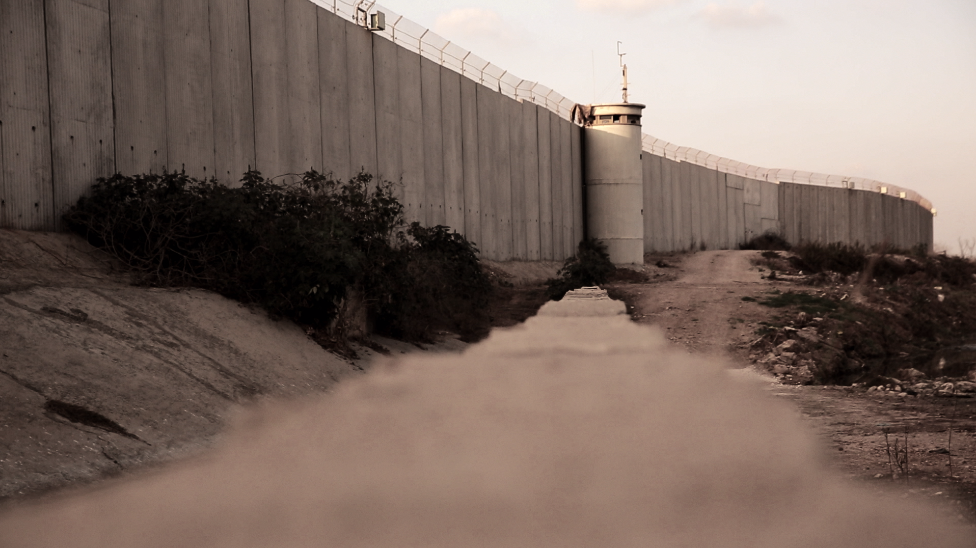 Seriale: Why have you decided to create a website along with the documentary? And how is the website?

Martin Bureau: Walls of separation is a very complex subject. If you want to problematize and synthesize it properly, the challenge is monstrous. It was almost impossible for me to achieve this goal in a series of six short movies. By splitting the content between texts, paintings and films, all gathered on a website, released me from the obligation of explaining the specific contexts on every medium. In the end, after browsing the website, I wish that the viewer will feel an experience between knowledge and art.

Seriale: Do you think Sound Design is an important part in documentaries as well as in motion pictures? What about your Sound Design? It is pretty conspicuous and seems like every wall got its own sound. Is there a particular reason for this?

Martin Bureau: Obviously. For me, there are too many misconceptions about the power of documentary to create and manipulate perceptions through sound design. I have the privilege to work with Olivier Calvert as sound designer and Érick d’Orion. Together, we try to invent new worlds by manipulating sound reality. As a director, my goal is not to be naturalistic. I wish to emphasize and express emotion through the relationship between sound and image and create new ways of perception.
I’m a big fan of music and I do collaborate a lot, as a cinematographer, painter or graphic designer with many musicians.

Seriale: You consider Walls of Disorder as a crossmedial project, in which case becomes that noticeable?

Martin Bureau: Walls of Disorder cross the fields of cinema, visual art and geopolitical studies. Over the years, the project took many forms. The paintings have been exhibited in many shows in Québec. In 2019, I created an interactive video installation on walls of separation at La Cinémathèque Québécoise in Montréal in collaboration with The National Film Board of Canada. As well, I gave many conferences on the subject in Universities and Colleges in Québec. www.lesmursdudesordre.com is the webdoc aspect of this multidisciplinary work. For me Walls of Disorder has been a great field of experimentation, where I intended to make a great encounter between science and art.

Seriale: Is it possible that you are going to report about some other walls or are you done with this project?

Martin Bureau: When I first started to work on this subject in 2013, researchers were talking about more than 50 walls of separation in the world. Now, in 2020, they identify more than 70 of them, either achieved, planified or under construction.

This is an ongoing inexhaustible and dramatic subject. Among the false discourses surrounding the reasons why countries are building walls, I feel, as an artist, the necessity to modestly participate in the global critical concert against lies and insane political agendas related to walls. So, no, I’m not done with this subject…

Seriale: Thank you very much for this interview.