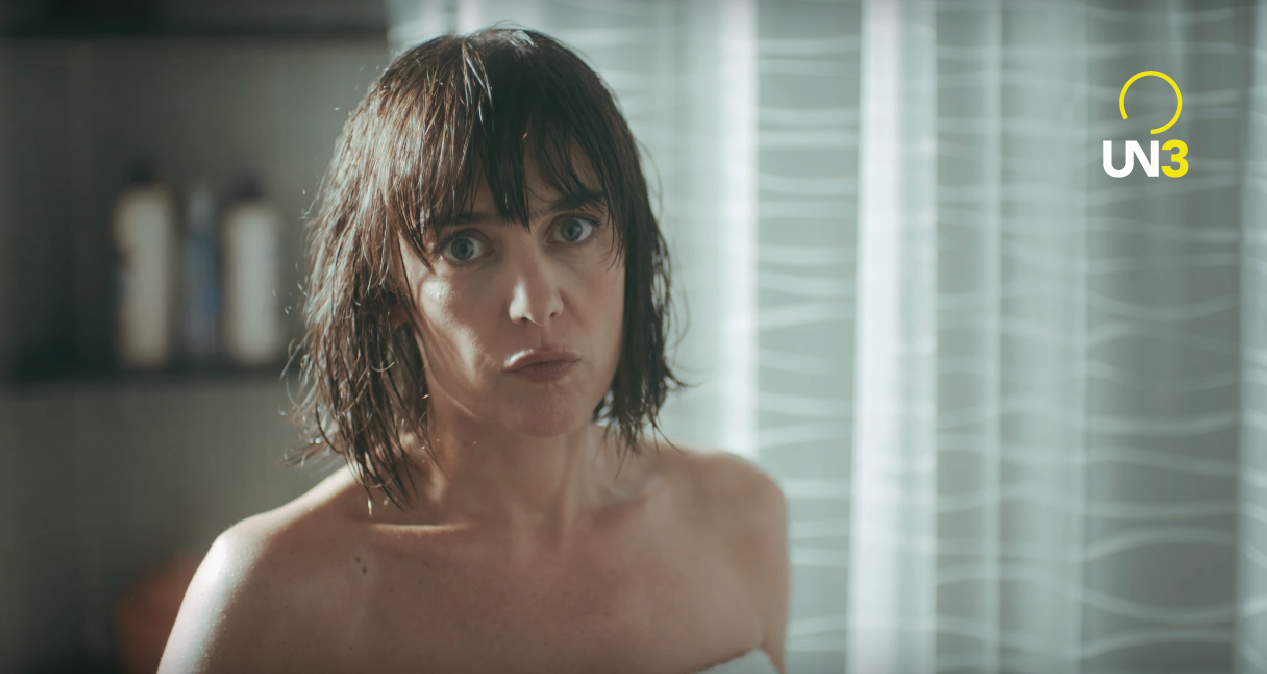 For each episode she chooses her own creative staging method. The unusual frontal address of the protagonists into the camera is the same for all of them. The language very sensitively draws the audience into the independent stories. Very intimate scenes from innovative perspectives and settings are presented in retrospective pictures in the protagonists’ narrative. 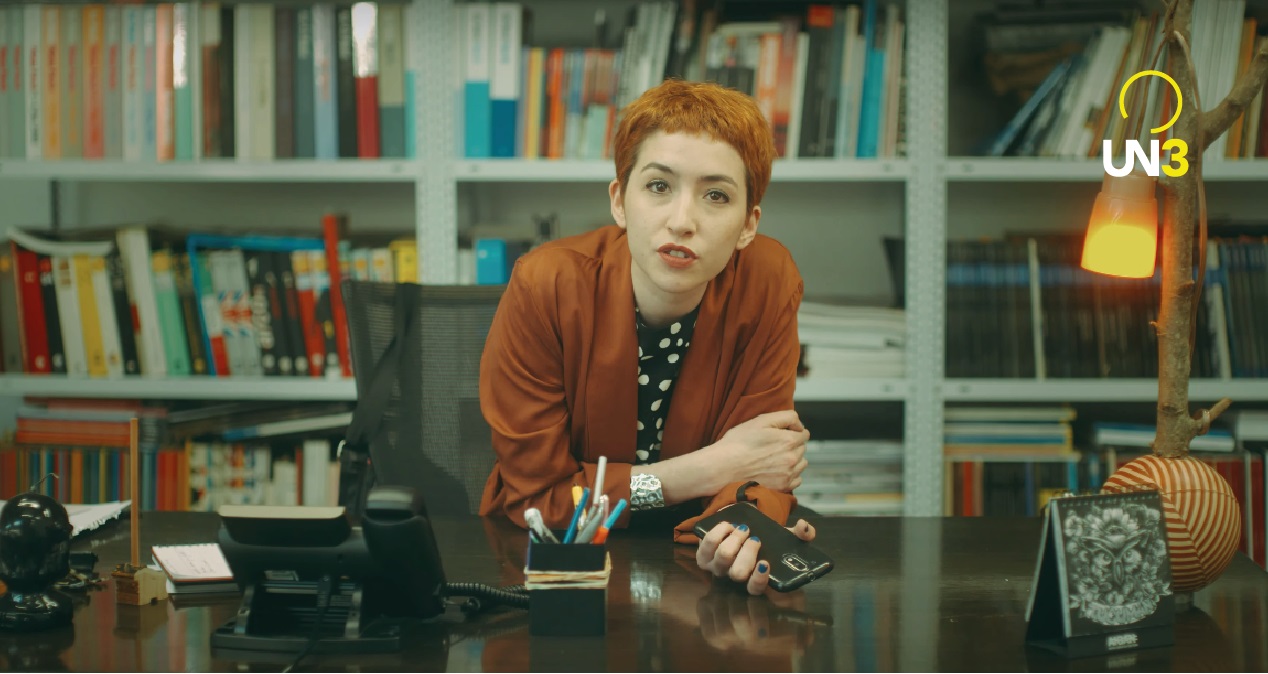 Frontal address into the camera: Sofía Gala in the second episode © LettersToMyEx

“We understood each other better when you were gone” - this quote from the third episode stands for the dramatic stories and very poetically told stories that show the difference between an unbalanced, even toxic romance and a relationship at eye level. For example, a pictorial hook at the beginning and end of the episode symbolizes the mental progress of the protagonist (played by the Argentinian actor and musician Nicolás Mateo). “Today I stepped on poo and it reminded me of you,” he says provocatively in his introduction. And by that he means the gut feeling of discomfort he had the night he met his friend. “Something didn’t seem right, but everyone told me it was my lucky night.” The relationship with a rugby player was not good for him emotionally, since, as he now understands, he was emotionally and physically taken advantage of and was alone at key moments in his life. By telling his love story, he overcomes the pain of his soul and through this confrontation gains new strength. Symbolically, he skilfully avoids another dog pile on his way. 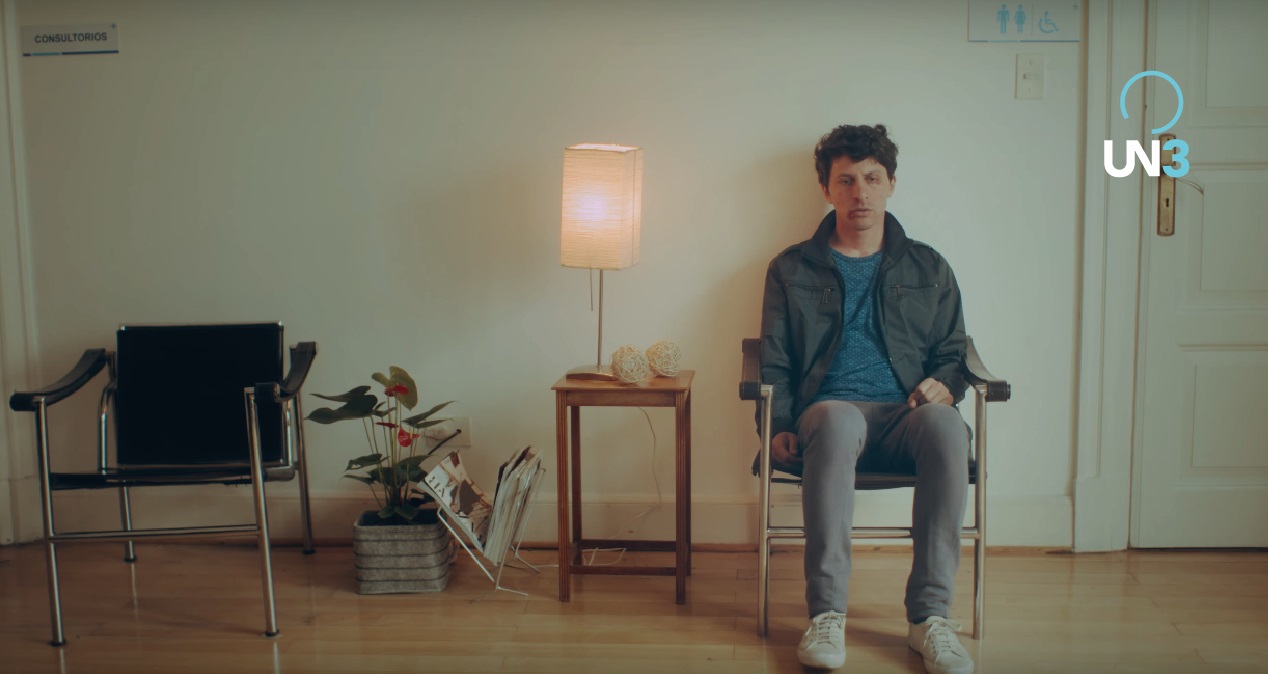 “Your protective hug … it wasn‘t a hug, more a chain. Your vigilant look, safeguarding me from the rest, was the look of the landlord, watching over his property.” (Episode 4). The embrace of a couple, in which the man puts his arm around his partner’s neck and looks around, illustrates the ambiguous gesture. This episode is dedicated to a protagonist, profoundly played by Jazmín Stuart herself, a woman, as it turns out in the course of the episode, beaten by her husband. Only with the help of her courageous neighbour who observes one of the acts of violence does she manage to leave her aggressive husband with her little son and to finally get out of the victim role. “We’re leaving” were the most beautiful words she had ever heard in her life, she says into the camera with tears in her eyes. She dedicates the letter, which she addresses with regained self-confidence, new strength and a now found life in peace, not to her ex-partner, whom she never wants to see again, but to herself and as a message to all women who feel similar. Thus the final sentence, which she says to the spectator while walking with her son: “You are not alone”, to which more and more women from all directions are collectively attuning themselves. This and other strong messages are sent out by the series and make the audience feel hopeful. 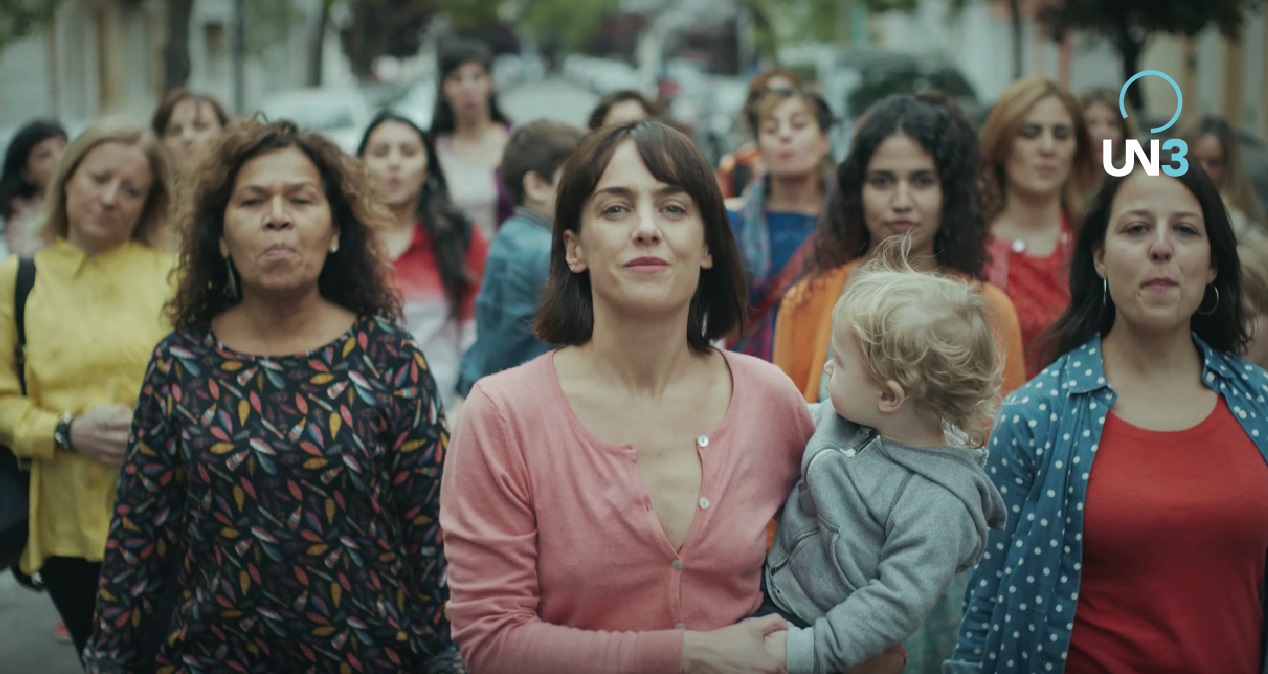 “You are not alone” fourth episode © LettersToMyEx

An example that stands for the innovative ideas for designing the series is the seventh episode in the form of a music video. Here we hear the story in the form of a hip-hop song performed by the protagonist, embodied by the Argentinian singer Lautaro Rodriguez. He has fallen in love with a girl from a wealthy home, cast by Candela Vetrano - Argentinean actress and model, fashion designer and Instagram celebrity with over 1.5 million followers – and is trying to overcome class boundaries.

The series realistically presents the whole range of relationships: One-night stands, homosexuality, cheating, jealousy, lies, fear of the future, self-doubt, separation, love triangles, and ignorance, violence and above all the search for the inner self are the topics. The strong acting performances, including that of the award-winning actress Sofía Gala in the second episode as a betrayed woman, contribute to the authentically portrayed actions and the behavioural patterns of the characters, which cast a spell. It is interesting to see how each of the different characters describes what they experienced. Through the authenticity, the spectators participate emotionally, especially through the frontal addressing to the camera of each protagonist and have the opportunity to view their own experiences from a different angle. 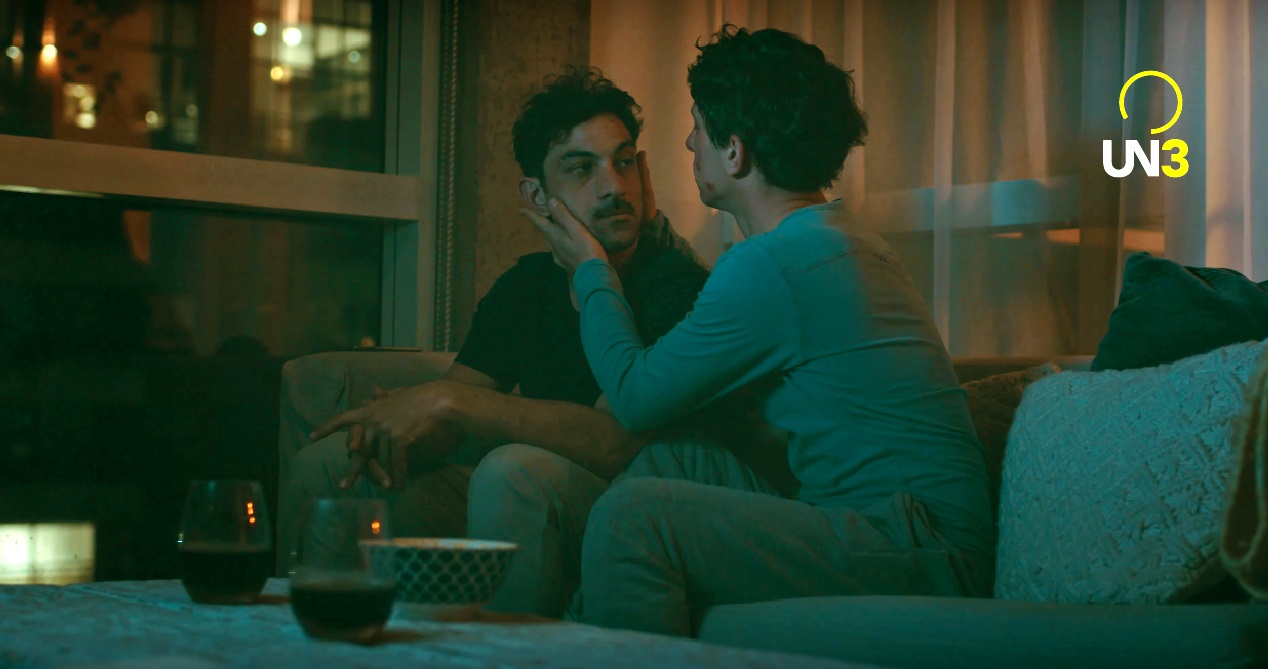 Jazmín Stuart, a well-known film, TV and theatre actress in Argentina, has also moved into directing in recent years with some success (Desmadre (2012), Pistas para volver a casa (2015) and Recreo (2015) and also writes screenplays. Among others, she wrote the screenplay and directed Depto, a web series of UN3TV, which won awards for Best Comedy at the Berlin Webfest 2018, Best Web Series at the Girona Film Festival (Catalonia) 2018 and for Best Supporting Actress for Mónica Raiola at the Bilbao Web Fest (Spain) 2018 and for Best Leading Actor Ezequiel Campa at the BAWEBFEST 2018. _Letters To My Ex _is her second web series produced by UN3TV as author and director. Jazmín Stuart gave us a short interview about the motives behind her work.

die Seriale: How did the production go? Have there been any obstacles and / or lucky coincidences?

Jazmín Stuart: It was a true teamwork, where each participant in the project contributed energy, resources and time, far beyond what was expected. Thanks to these strong willed group, it was possible to materialize the 8 episodes of Letters To My Ex.

die Seriale: How did you get the idea for the series?

Jazmín Stuart: I think the most interesting thing I can say about the plot is that it is the product of a very conscientious observation that I have been making of other people’s and own ties. And that this work as an author made the directing decisions come from a very deep place.

die Seriale: Why did you choose a letter as the format for this series?

Jazmín Stuart: Viewing the letter as a format, but translating it into the audiovisual language. Exposing certain bonding dynamics that underlie the collective unconscious today and how the revolution that is taking place in sexual-affective relationships, brings new questions, new pains and new joys. 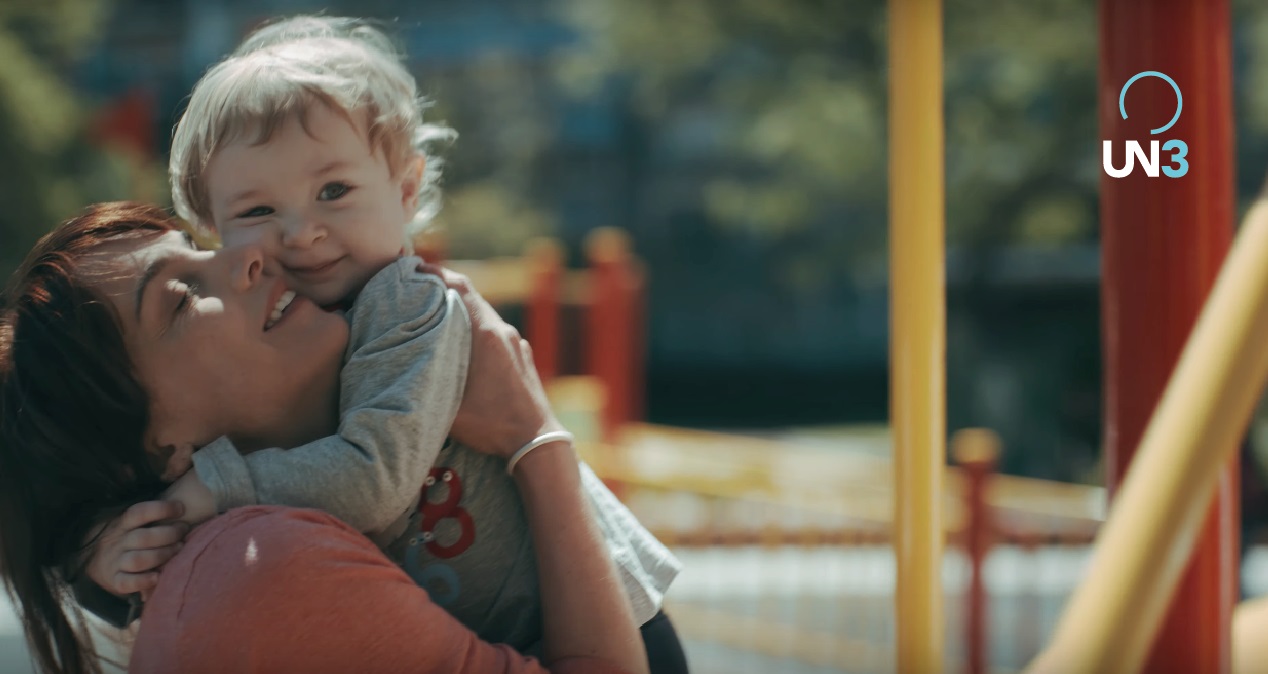 die Seriale: Is there something you would like to improve in society with the chosen topic?

Jazmín Stuart: Yes, I am trying to point out a certain selfishness in which humans tend to fall in their love relationships, and revalue vulnerability and strength as a necessary and fundamental combination in this new era of bonding. I think the series is aimed at a very wide and varied audience. In fact, the diversity of characters and stories it shows was a declaration of principles regarding the inclusion of all possible forms of love and heartbreak.

die Seriale: What were your experiences at the Seriale, which was a digital event this year?

Jazmín Stuart: I am getting to know the Festival and I am very happy that there is a space for digital short series in Germany. The Seriale Giessen creates a place for young, upcoming artists in the area of ??web-series, where they can exchange ideas and connect with each other. This means that exactly those film- and series-creators are supported in all matters and have the opportunity to develop with the wide range of different lectures. The awards of the coveted honours motivate sustainably to advance the scene ever further.

die Seriale: Thank you very much for the interview!

Now, if you‘re curious about Letters to my Ex, you can view the series here: https://www.youtube.com/watch?v=xWrBnA8LuWU.