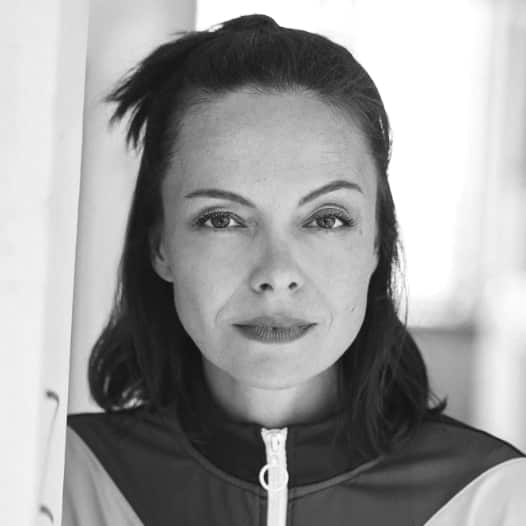 Elena Halangk was born in 1977 in Saxony. From the 4th grade, she was appointed at the children’s and youth sports school in Leipzig. She was allowed to celebrate successes in group gymnastics as multiple Sachsenmeister and German runner-up. Thanks to modelling, she got to know the film world through her first commercial shoots and recognized her great love: acting. She was cast amongst other for “Ein Fall für Zwei” (ZDF),“Country Girls”(funk), and “Alles was zählt” (RTL). Anna and Elena met in March 2017 and quickly realized that they were on the same wavelength in their private and professional lives and began their creative collaboration. Starting with 1-minute sketches, their ambitions grew and ended up in the web series Emmy & Christin. It was clear to both of them from the start that they wanted to create something they would like to watch themselves, which meant that it had to be a story, of course, about the friendship between women, riddled with conflict, absurdity, adventure and blood.